Luke McCarthy welcomed everyone to the group, particularly councillors and council staff, and thanked them for their interest and input.

Everyone was encouraged to contribute as much as they can, as part of this evening’s discussions and between sessions over the next few weeks.

The group currently has over 50 members with a reasonable spread across the borough, but slightly fewer from the east. Luke encouraged members to continue to invite other interested residents.

The current situation and what’s needed

Kathryn Stewart introduced Merton Cycling Campaign (MCC) and their work so far in supporting Merton Council to put in place emergency transport plans, including the how you can help page on their website. See Kathryn’s complete presentation here.

Kathryn outlined that MCC would be leading the group’s work to develop a map of all potential measures, and to work with the Council to prioritise.

Lucy Marstrand gave an overview of some of the key issues around transport planning in response to Covid-19. More than 100,000 journeys normally made in Merton on public transport each day will now need to be made by other means. She indicated he high potential for significantly increasing the number of journeys made by bike and the likely solutions to achieve this. Lucy’s full presentation is here.

Katie Meech outlined communications and engagement activity to date and initial thinking about what is needed to engage and communicate with residents about why the emergency transport plan is needed and how it potentially benefits them. Activity to date has been directed towards the Council, but can now shift to informing and involving residents now councillors appear to be broadly supportive. A behaviour change, engagement and communications strategy should be put in place to complement building more cycle lanes and closing off roads to traffic. To support this, we should build a network of partners who can help us engage with residents and groups, answer their questions and convey key messages.

Future Merton leader Paul McGarry and Cllr Whelton outlined that the Council had done the first round of thinking on emergency transport plans. The council have received around 100 submissions with approximately 200 ideas for potential additional measures, which Council staff are currently working through.

Paul McGarry outlined Council thinking on the emergency transport plan to date including pavement widening, at Haydons and Wimbledon Bridge, around the block containing Ely’s in Wimbledon and with local schools. There is also ongoing work with TfL around big strategic cycle networks, likely to be at least a year long project.

Paul explained, in response to a question from Nicola, that a lot of work is needed behind the scenes to put measures in place including legal work, safety assessments and liaising with emergency services.

There was some discussion between Cllr Martin Whelton and Cllr Daniel Holden on the importance of the Council communicating more with ward councillors so they are aware of potential schemes to be put in place.

Key ways that the group could support the Council’s work:

Understand the barriers: The group discussed what research might be needed to identify the barriers to cycling in particular. For example, a common belief seems to be that cycling is too dangerous. Another concern Suzy O’Connor raised is how to make cycling inclusive. Cllr Natasha Irons will investigate whether the Council Comms team might do a quick survey — this could inform what the team does and also create positive communications content too. Would need to see how this fits in with the CommonPlace engagement tool that Paul McGarry mentioned.

Identify effective measures: Cllr Anthony Fairclough offered to lend research support to identify what has worked well elsewhere, both comms and behaviour change programmes. Suzy O’Connor cited measures that have proven successful and will share. In follow-up, Lucy indicated SusTrans would be a great source of info on behaviour change – both Paul Murray and Sam Dillon who work for SusTrans have volunteered help.

Build a network of partners: We will map out all local bodies that could provide input, support campaigns and promote our messages to their stakeholders. In addition to well-established groups, we should also consider the Merton Mutual Aid group which was set up during Covid-19, has close to 3,000 members and covers every street in the borough. Katie followed up with founder Zak Dada who will hopefully join the next meeting.

Prioritise engagement: Schools were identified as the priority. Daniela spoke about her experience at Singlegate, where a school safety zone will be enforced. Could this be done elsewhere? Cllr Anthony Fairclough followed up and confirmed with Council Leader Stephen Alambritis that there has been no update on school transport plans — how could this be done without over-burdening schools at a challenging time for them? The group considered approaching Governors and PTAs. Katie and Daniela will tap into the embryonic climate action network which pre-Covid 19 had started to link up climate-oriented parents who are active in PTAs and might be able to support plans.

Communications strategy:  This should be developed in tandem with the Council Comms team (and obviously the plan itself). The initial focus will likely be priming residents for what is happening, why and encouraging them to give suggestions. Research on climate-related behaviour change shows it is important to focus on the co-benefits of potentially unpopular measures (in this case inconvenience for motorists). Co-benefits here would include: less traffic congestion, safe social distancing, physical fitness, better air quality and lower carbon emissions — so facts and statistics the Council can provide would support this.

The Group discussed what needs to be achieved in terms of physical interventions, and had a brief discussion of how to achieve this. We discussed the need to prioritise the generation of ideas, also the need to ensure that the eastern side of the borough was incorporated into plans and proposals.

Three themes were proposed and broadly agreed with:

Cllr Aiden suggested that school drop off should be priority with schools going back next week this needs to be urgently addressed. It was separately noted that Wimbledon Village has 6 schools.

KS suggested that the focus should be on commuting and safe routes to school, as these would naturally require local measures to be implemented as well as enabling children and young people to travel safely to school. There was discussion of some residents being opposed to measures that close roads to through traffic and introduce filtered permeability; we also discussed a number of locations in the borough which already have these measures successfully installed and also a number of locations (such as Graveney / the alphabet Grid) which are obvious points to install school measures and local measures.

Mehmood Naqshbandi stressed the need for Merton to take action urgently. He suggested that we look to existing studies and ideas generated by the Climate Emergency Working Group, LIP3 and any existing mapping to identify the quick wins which could be prioritised.

Stephen Colbourne explained about the work he and Luke Taylor have created a map of possible routes and low traffic neighbourhood measures. This is very professional and could help to take submissions forward with clarity. Stephen Colebourne suggested modal filters should be the priority because easier to implement (physically); Jim Wagner suggested targeting school runs, but it could be difficult with schools going back on the 1st June.

LT outlined the DfT “Propensity to Cycle” tool; KS added that TFL’s Transport STrategy, and from that Merton’s own LIP3 proposals are based on TfL’s “Propensity to Cycle” assessment, which probably draws on the DfT tool; the TfL analysis is publicly available in the maps within TfL’s London Tansport Strategy.

It was suggested that as an urgent measure, addressing the issues of potholes and other things that cause uneven surfaces in the existing narrow cycle lanes, and the edges of highways with no cycle lanes, would create more safe space without any additional road space being taken.

Other points made were:

Vincent suggested that based on the preceding discussion of priorities, we should use local knowledge to find solutions to a school run and a commute corridor. A combination of modal filters and cycle lanes (temporary with view to becoming permanent).

NB. Council only has until 4th June to submit application for first tranch of funding from Government to fund the closure of roads to traffic.

A webpage (kindly hosted by Merton CyclingCampaign): http://www.mertoncyclingcampaign.org.uk/p/merton-residents-transport-group.html.  This has overall purpose and objetives of the group.  In future, we will use this to post updates on progress, our thinking about potential measures and information about meetings. 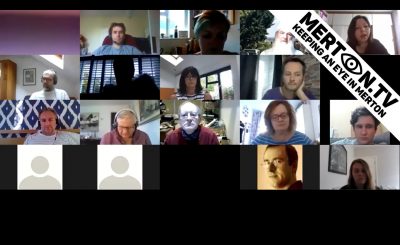 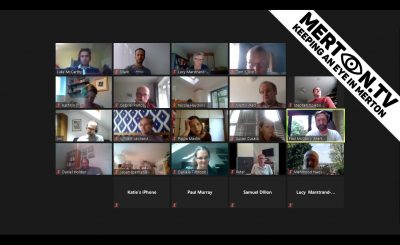 A group which has been formed in response to Merton Council’s Active & Healthy Travel Response to Covid-19 Plan. The group is non-party-political and open to any resident, community group or business based in Merton. Anyone or any group who share the objectives below is welcome to join, please click on this link to join: https://groups.google.com/forum/#!forum/merton-transport-residents-group/join Purpose To support the development and implementation of the best possible emergency transport plan by Merton Council in response to Covid-19 The group will bring together different community organisations and individuals to share information and ideas to support the development of Merton Council’s emergency transport plan.
View all posts by Merton Residents' Transport Group →