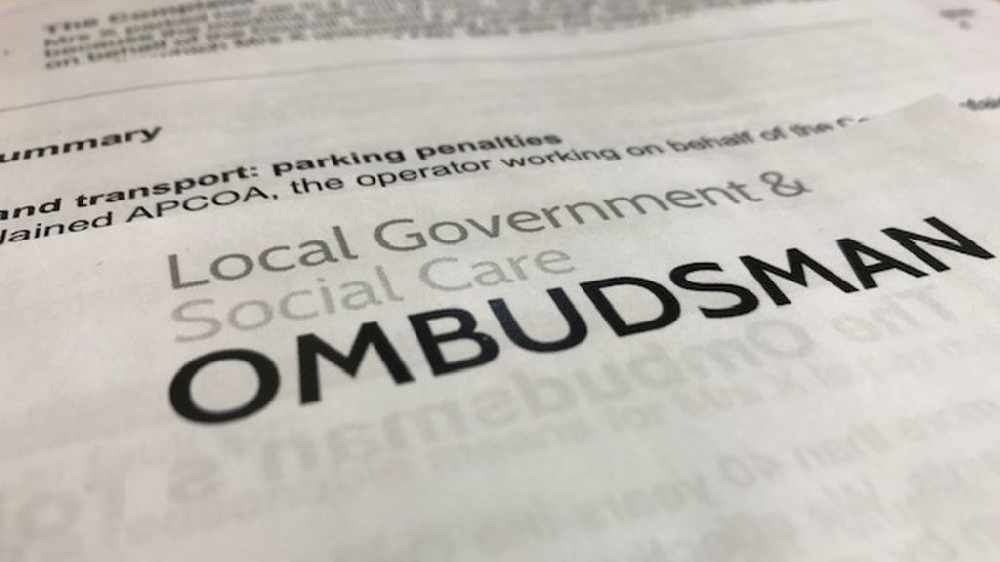 The number of upheld complaints by the Local Government & Social Care Ombudsman against Merton Council investigated so far in 2022 is 12.

There is a few months delay between the complaint date and the decision publication, so we could still see some more before the close of 2022 file.

Summary: Mr X complained the Council reduced the direct payments for Ms P’s care and support and took back some of the money it paid. The Council was at fault for failing to properly manage Ms P’s care plan, failing to conduct timely reviews, and for providing misleading information. The Council was also at fault for allowing Ms P’s direct payment fund to build and raising expectations that Ms P could use the money. The Council has agreed to provide a remedy for failing to manage the care plan, raising expectations and distress.

Summary: Miss X complains the Council failed to complete a care assessment appropriately and ignored her parent’s needs. We have upheld this complaint because the Council has agreed to resolve the complaint early by providing a proportionate remedy for the injustice caused by the likely faults.

Summary: Ms Y complains the Council has not made the agreed rental payments for two homeless people which she agreed to accommodate as lodgers. We do not find fault in the substantive complaint however there is an outstanding payment for one tenant which the Council will now make.

Summary: Miss X complained the Council incorrectly calculated her entitlement to housing benefit and wrongly refused to award Discretionary Housing Payment which has resulted in significant rent arears. The delays and errors in the way the Council dealt with Miss X’s housing benefit and Discretionary Housing Payment claims amount to fault. This fault has caused Miss X an injustice.

Summary: The Council was at fault when it failed to complete stage 2 of the statutory children’s complaints procedures within the timescales agreed in a previous Ombudsman investigation. It has agreed to pay Mrs X £100 to reflect the injustice these further delays caused her.

Summary: Miss J complains about how the Council has dealt with her council tax support award. She says the amount it paid her was wrong. And it confused matters by changing an earlier discretionary decision to write off an overpayment. The Ombudsman’s decision is we will not look at whether the amount of council tax support was correct, as Miss J can appeal that issue. But we have upheld the complaint, as the Council’s administrative error led it to errors on Miss J’s council tax support account, that it then took some time to rectify.

Summary: Mrs X complained about the support and actions of the Council in relation to a child in need who lived with them. She also complained that reports the Council wrote for the courts were flawed and contained false allegations about her. We found the Council was at fault for not considering the complaint through the statutory children’s complaints process.

The number of upheld complaints by the Local Government & Social Care Ombudsman against Merton Council investigated in 2021 is 5.

Summary: We uphold Mrs X’s complaint, as the Council delayed considering a complaint at stage one and two of the children’s statutory complaints’ procedure. The Council has agreed to complete its stage two without further delay and make a payment for the delay so far.

Summary: Mr X complains the Council failed to properly investigate safeguarding concerns raised by himself and others about his daughters’ mother. His daughters were subsequently abused by their mother’s partner. He feels this could have been prevented if the referrals had been taken more seriously. He states he was made to feel like a nuisance by the Council and this attitude has continued in respect of his complaints, causing him distress. Some of his complaints were made late. The Council is at fault in respect of its complaint handling and has caused injustice, for which it has agreed an apology and financial remedy. It is also at fault in its record keeping, but this did not cause injustice.

Summary: Mr and Mrs X complained the Council delayed in how it responded to their request for financial support as adoptive parents. We find the Council was at fault. That has caused Mr and Mrs X avoidable distress and frustration. The Council has offered a financial remedy and to review its guidance on adoption allowances. We are satisfied this remedies the injustice caused.

Summary: Mrs X complained the Council moved her aunt, Ms Y, into a residential home without notifying her or her husband Mr X. Mrs X further complained that when Ms Y later died in hospital, the Council again failed to inform her family. Mrs X said because of this she and Mr X lost the chance to say goodbye to Ms Y or help with her funeral arrangements, which caused them significant distress and upset. There was fault when the Council failed to notify Mr and Mrs X after Ms Y moved into residential care and did not follow the correct process when it cleared Ms Y’s home of its contents. The Council has agreed to provide an apology and remind its staff of the importance of the contacting next of kin when a service user is moved into residential care. This is a satisfactory resolution which addresses the fault identified.

The number of upheld complaints by the Local Government & Social Care Ombudsman against Merton Council investigated in 2020 was 10.

Summary: There was delay in issuing an Education, Health and Care Plan and in implementing actions agreed as part of the complaint process. This was fault and unnecessarily delayed some specialist support. Recommendations for an apology, financial payment and service improvements are made.

Summary: Mr D says the Council failed to enforce planning conditions on a neighbouring property to prevent a loss of privacy. There is fault by the Council including considerable delay. The Ombudsman has upheld the complaint and completed the investigation. The Council agrees to pay financial redress to Mr D and has given an undertaking to progress the case.

Summary: Mrs X says the Council took too long to issue an EHC Plan for her son, A, and left him without education for several months, costing the family money and damaging its health. There was fault by the Council causing loss of education for A and unnecessary time and trouble for Mrs X. It will apologise, pay Mrs X £2550, and remind its staff that the Council cannot devolve its alternative education duty to a school.

Summary: Mr X complains the Council placed him in temporary accommodation outside its area when he became homeless. Mr X says this meant he had to give up one of his jobs as he was unable to travel back to the area for work.

Summary: Mrs X complained the Council failed to properly plan for her son, F’s transition from children into adult care services. The Council was at fault. It failed to forward plan for F’s transition to adult care services in line with statutory guidance. This did not cause F a significant injustice as the services were in place before his 18th birthday. The failure to plan did however cause Mrs X distress, uncertainty and time and trouble. The Council agreed to pay Mrs X £150 to recognise this. It also agreed to review its procedures to prevent recurrence of the fault.

Summary: Mr and Mrs B complain about the Council’s foster for adoption scheme. Mr and Mrs B believe the Council misled them about the likelihood of being able to adopt a child. The Ombudsman has found fault with the Council causing injustice. The Council has agreed to make a financial payment to Mr and Mrs B for the distress they experienced.

Summary: Ms J complains about the actions of ‘Merton Enforcement Agents’, an enforcement service operated by the Council that acts for it and the London Borough of Sutton Council. The agents collected three debts from Ms J on behalf of the two Boroughs. Ms J complains:she could not contact an enforcement agent employed by the Council; the Council did not help when she asked for time to pay her debts; the agent discussed her debt improperly with her brother and unreasonably put pressure on him to pay her debt; the agent twice wrongly seized Ms J’s car which she says was essential to her employment as a ‘tool of the trade’; and failed to issue her the correct notices when it seized her car.

Summary: The Ombudsman found fault on Ms B’s complaint about the Council failing to promptly investigate her report of a failure to comply with a planning condition. The Council failed to show it properly considered whether to use its discretionary enforcement power for a failure to provide sound insulation testing. The agreed action remedies the injustice caused. It was not fault for refusing to act on other parts of the condition or her report of building regulation breaches.

Summary: The Ombudsman upholds Mr and Mrs X’s complaint about the delay in issuing an Education, Health and Care plan for their daughter, Y. The Council failed to consult with all the relevant professionals and delayed seeking advice from other sources. It failed to communicate with Mr and Mrs X, missed deadlines and did not keep clear records of decisions. Y missed out on support as a result of the delay. The Council will apologise and make a payment to Y and Mr and Mrs X to remedy their injustice. It will also hold an early annual review for Y and remind staff of their duties in carrying out needs assessments and issuing plans.

Every year the Local Government & Social Care Ombudsman compiles statistics for all the Councils in England.  This data is for periods 1 April to 31 March.

The latest data on Merton Council is from detailed investigations for the period between 1 April 2020 to 31 March 2021.

They rate three different areas for the complaints upheld against the council.

Complaints upheld – Local Government & Social Care Ombudsman uphold complaints when they find some form of fault in an authority’s actions, including where the authority accepted fault before they investigated. A focus on how often things go wrong, rather than simple volumes of complaints provides a clearer indicator of performance.

In 2021-22 Merton Council scored 69% 👍 of complaints investigated were upheld – this is above the national average.

A letter is sent to the Chief Executive Officer (Hannah Doody) detailing the statistics for the year.  The year ending 31 March 2022 letter can be found here.

In 2020-21 Merton Council scored 54% 👍 of complaints investigated were upheld – this is above the national average.

A letter is sent to the Chief Executive Officer (Hannah Doody) detailing the statistics for the year.  The year ending 31 March 2021 letter can be found here.

In 2019-20 Merton Council scored 78% 👎 of complaints investigated were upheld – this is above the national average.

A letter is sent to the Chief Executive Officer (Ged Curran) detailing the statistics for the year.  The year ending 31 March 2020 letter can be found here.


Need to make your own complaint about Merton Council to Local Government & Social Care Ombudsman?