On Thursday 24th May Travellers gained access to a strip of land on West Barnes Lane, Raynes Park owned by Network Rail and Thames Water.

Local residents alerted the Police, Council and land owners to the problem.

Twitter user @TomAustin1964 took and supplied many photos as evidence of the crime and kept everyone informed.

The untaxed vehicles were parked up fully laden with rubbish on public roads as they waited up to hours for space to dump their load.

The fly tipping comes after a month of problems in the borough, where previously they had set up camp on Cranmer Green Nature Reserve in Mitcham for three weeks.

Mark Gale caught the fly tippers in action collecting the rubbish in Morden.

Member of Parliament for Wimbledon, Stephen Hammond, together with local ward Councillors Cllr Stephen Crowe and Cllr Adam Bush met with concerned residents to address some of the issues.

Due to the traffic noise from the road and train line we suggest you enable CC (Closed Caption) subtitles while watching the video. 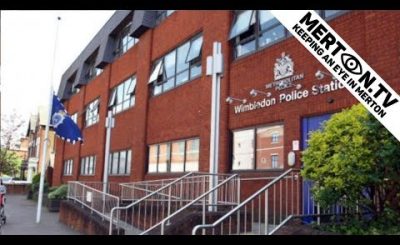