On Thursday 6 May 2021 there was a By-election for the St Helier Ward in Morden, London Borough of Merton. It was called because the previous Councillor Kelly Braund had moved to Scotland, she was another Councillor who originally lived in Colliers Wood ward and would only visit during elections times, Helena Dollimore when announce as a candidate saw residents claiming Déjà vu, another Councillor from outside the ward who was predicted even before she won, would be reluctant to visit and represent the residents.

Maybe because of the previous history in the ward of Councillors who didn’t visit the ward, the local Mitcham and Morden Labour Party empathise how Helena would be different. 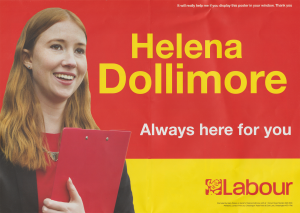 The main strap line to the by-election campaign was “Helena Dollimore – Always here for you”, something that didn’t last very long once the votes had been counted.

The next largest font on the 4-page leaflet devoted to the candidate said “I promise I will be in the community with you”.

She won the election when 41% of the electorate came out to vote for her during the London Mayoral and Assembly elections.

She was re-elected, together with her two Labour colleagues back to the St Helier ward again at the Local elections a year later on 5 May 2022.  The Mitcham & Morden constituency returned 29 Labour candidates for the 30 seats available missing out on a full sweep by just 5 votes.  Campaign literature for the 2022 Local Elections were not delivered to all properties in the ward, probably down to the reluctance of the intended Councillors to visit the ward where they didn’t live, and also the considered safeness of seats.

However it did not stop the local Labour party from arranging staged photo opportunities to suggest that the councillors attend community coffee meetings, run sport days for children, plant flowers in a park, read books to school children etc, unfortunately, the fake photo opportunity were exposed when the same shots were used across all of the party literature for the different ward, with the 3 candidates for the ward replacing the three previous candiates interacting with the same children/adults, in the identical poses.

At the following Full Council meeting on the 25th May 2022 the “Committees and sub-committees to be constituted and allocation of seats to political groups” list was published showing what each of the 57 newly elected Councillors would be on.

The following day it was noted that she was absent from every single committee line-up.  Rumours started that another by-election maybe on the cards to explain being unassigned to any meeting.

It took just 4 more days before an explanation was provided when Helena Dollimore announced that she intended to stand as a Labour Member of Parliament for Hastings & Rye. 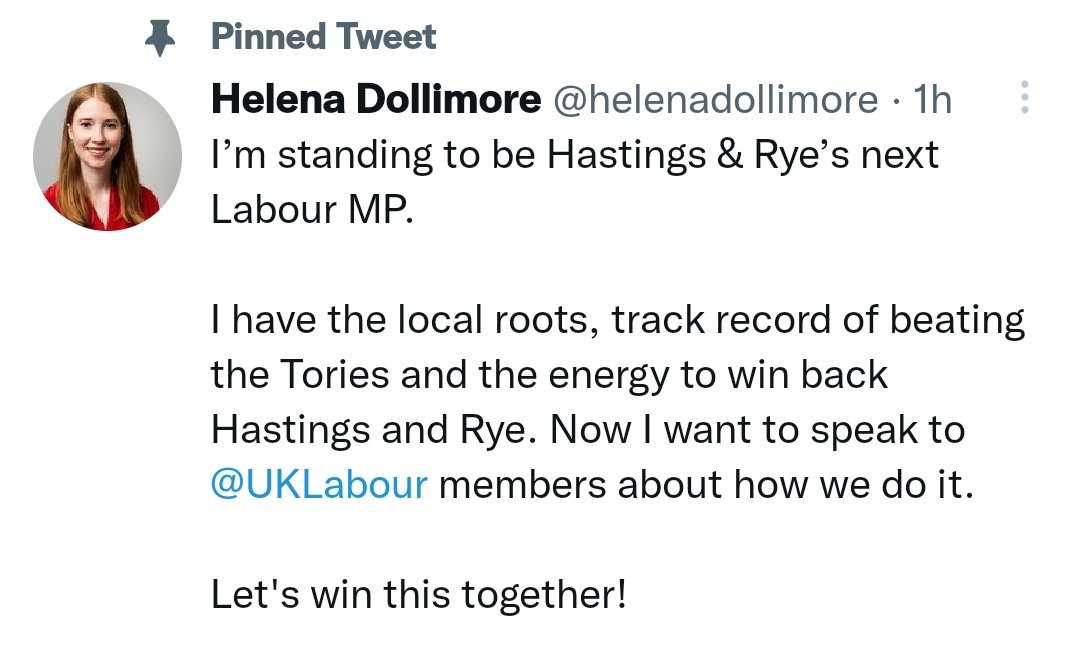 There was no apology to the residents of St Helier, no resignation, she intended to collect her yearly £8,694 allowance while devoting all her spare time to publicity and photo shoots in a new constituency almost two hours away.

On the 14 September 2022, during the Her Majesty The Queen’s Lying-in-State at the Palace of Westminster Helena Dollimore queue jumped the mourners who twisted around barriers waiting patiently.  That was two days before ITV This Morning presenters Holly Willoughby and Phillip Schofield hit the headlines for doing similar, however where the two celebrities claimed they didn’t walk on the carpet next to the coffin where the public were paying their respect, Helena actually filtered into the public line in front of people that had been given up hours inline to spends seconds in front of Queen Elizabeth’s coffin.  Her actions were caught on the 24 hour live stream cameras in Westminister Hall.

After exiting she posed for selfies on Parliament Square.